EDD reported total employment (seasonally adjusted; October preliminary) was up 50,000 from the revised September numbers, while the number of unemployed dropped 9,200.  Unemployment rate dipped to a series low of 3.9%.  The unadjusted rate was down 0.3 point from the year earlier to 3.7 percent.  The improvement in the unemployment rate comes from the labor force continuing to level out, but with a shift in numbers to the employed.

California slipped slightly to the 17th highest unemployment rate among the states.

In another sign of the economy’s slowing, the total number of persons employed (seasonally adjusted) over the 12 months ending in October again shrank, by 24,000.  California dropped back to the 50th highest rank with Texas leading with an additional 220,500 persons employed over this period, and Florida in second place with a gain of 190,100.

Adjusted to account for differences in the size of each state economy, California had a 0.1% contraction in employment, below the average for the rest of the US with a gain of 1.4%.  Ranked among the states, California’s growth rate remained in 46th place, while Alabama led with 2.7% growth.

Adjusting for population size, California came in at 14th among the states, with a 12-month jobs growth rate of 1.8% compared to the rest of the US at 1.3%.

In the unadjusted numbers that allow a more detailed look at industry shifts, hiring saw increases in all but one industry over the year.

Jobs growth within the traditional middle class wage—especially blue collar industries such as Manufacturing, Mining & Logging, and Utilities—continues to lag.  After stronger gains during the recovery, both Wholesale and Retail Trade have continued to show weakness, reflecting competitive pressures from nontraditional channels at the same time these industries have been weakened by state policies producing higher operating costs.  Finance & Insurance also remains in the negative column as companies have moved back office and other operations out of the state. 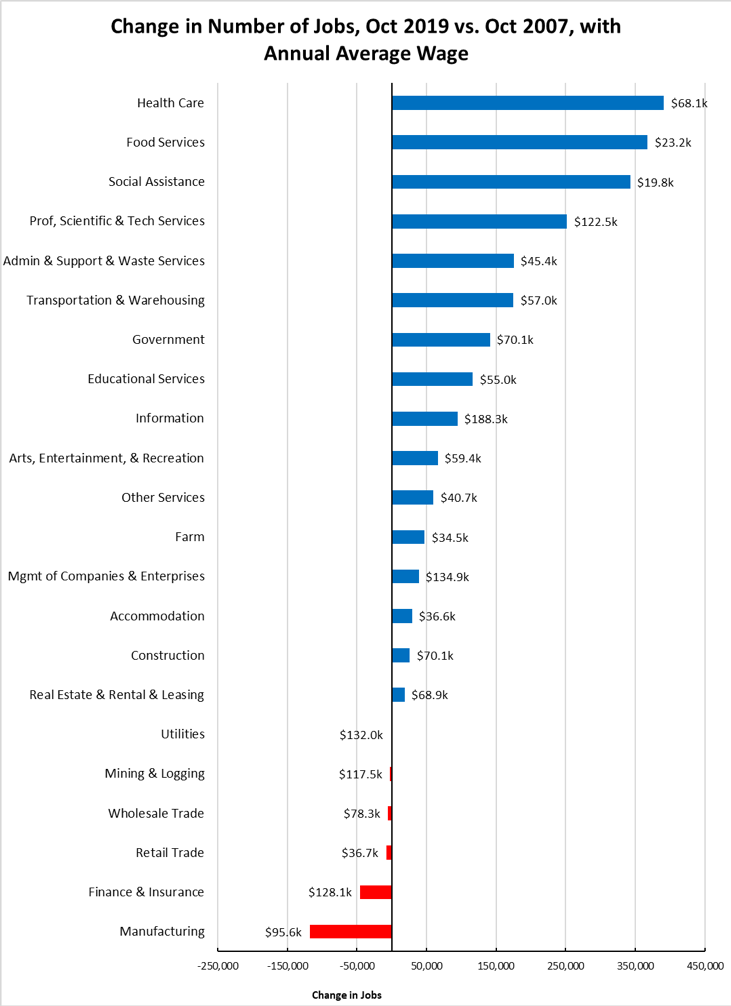 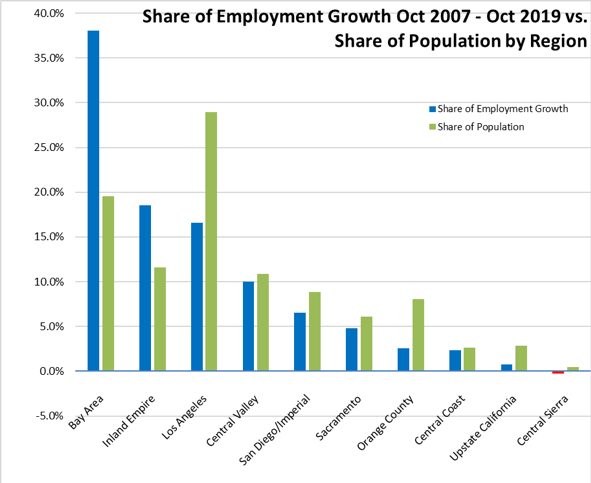 Of the 20 Metropolitan Statistical Areas (MSAs) with the worst unemployment rates in September 2018, 6 are in California, including El Centro MSA (Imperial County) with the highest rate nationally.

Chart of the Month: Disparate Pattern of the Economic Recovery in California

The following chart provides a graphic summary of the economic recovery that began in California in February 2012, and how the different regions and counties fared in this period.  The lighter blue lines indicate unemployment rates of between 3% and 5%, accounting for most definitions of full employment.  The darker blue lines cover counties with unemployment rates below 3%, generally regarded as a level indicating labor shortages.  The red lines indicate gradations above these levels, with the darkest red indicating rates of over 10% unemployment.

Some general conclusions become apparent when viewing the data in this form.  First, the Bay Area showed by far the quickest recovery and along with a few other primarily coastal counties and Sacramento Region foothill counties now dominates the portion of the state with the lowest unemployment rates.  Reflecting the general conditions of the current recovery as one of the slowest on record, the interior regions have demonstrated much more delayed improvement, with large portions of the Central Valley and Imperial County well behind the rest of the state and, as indicated in the monthly MSA rankings, still leading the state and the nation in terms of unemployment. 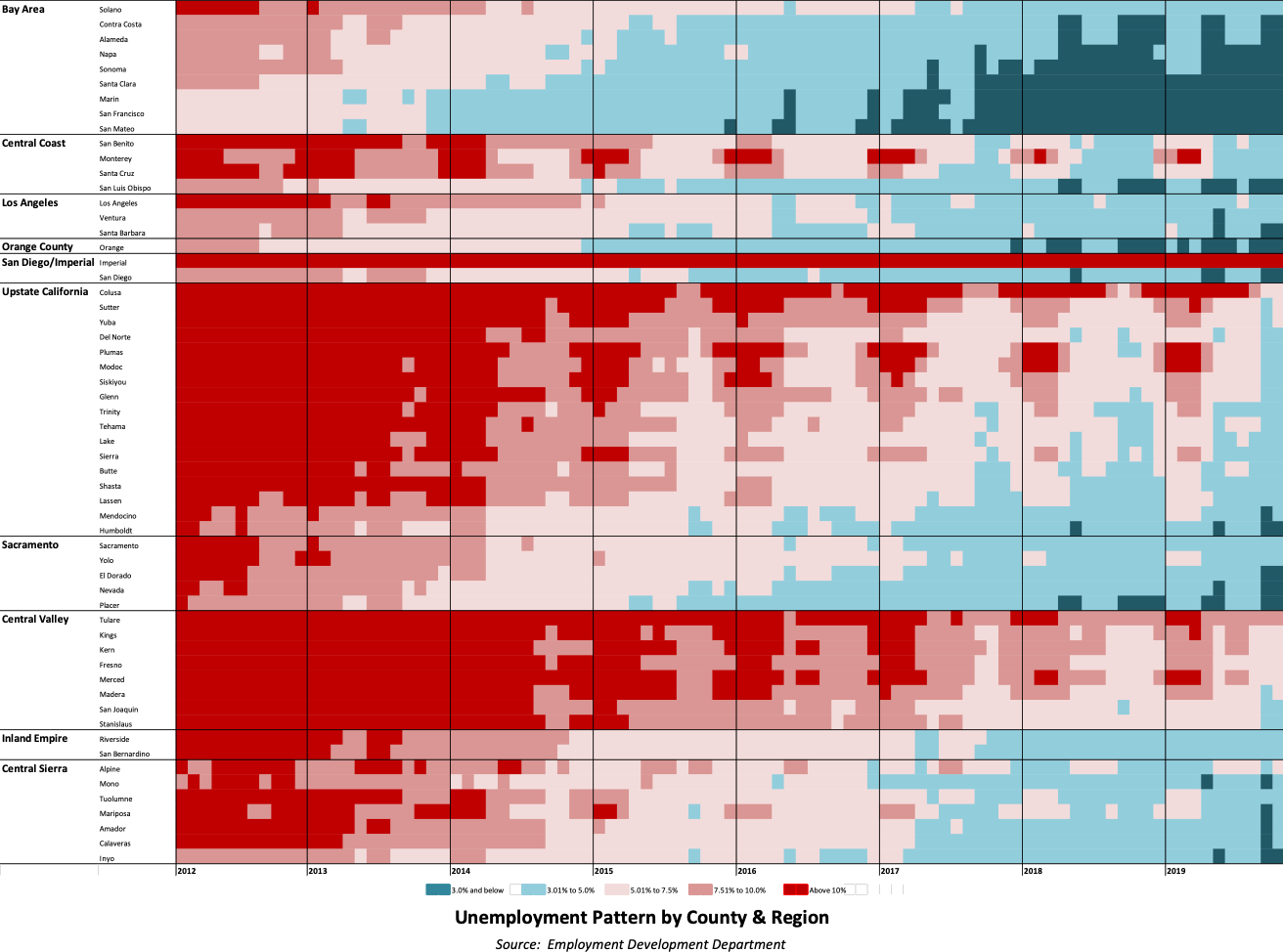