The August data, especially when viewed in real terms, saw continued erosion in the state’s trade posture. Total trade through the state’s ports was up 10.3% over the year in nominal terms, just staying barely ahead of inflation in this period. Texas ports, however, clocked in with a 29% nominal gain in total trade. In August, Port of New York and New Jersey became the leading port measured by container movement (TEUs), ahead of Long Beach (2nd) and Los Angeles (3rd) as cargo shifts to avoid the West Coast congestion and potential labor actions. 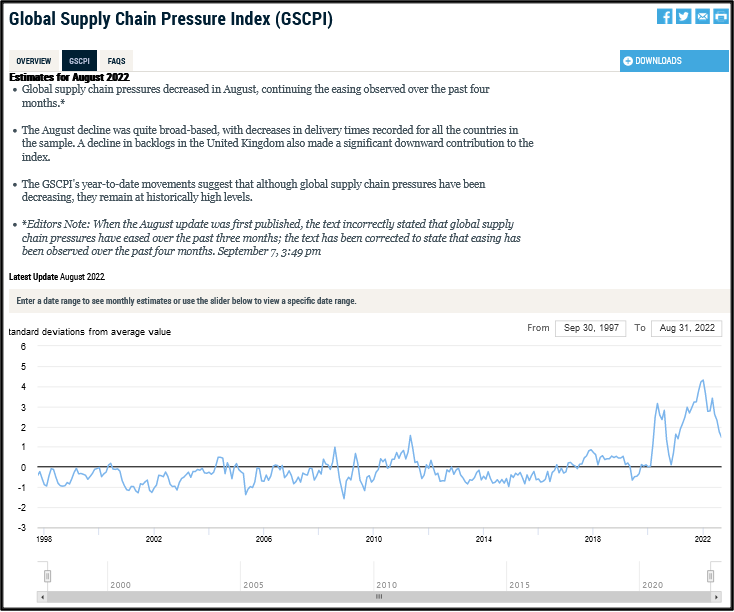 Within California, congestion off the San Pedro Bay ports similarly eased from last month, with the most recent report for October 5 indicating 17 ships (but no container ships) at anchor or loitering. As with the global results, supply congestion is easing but remains an issue, especially when incorporating the shift to inland congestion as the result of ongoing warehouse and trucking shortages. More importantly, the source of that easing is coming more from a softening of trade flows as inflationary and recessionary factors are growing rather than steps to improve trade infrastructure and operating efficiencies.

Total California destination goods imports were up $2.3 billion from August 2021 (up 5.7%) in nominal terms, but as well showed a drop in real terms. Compared to pre-pandemic August 2019, imports were up $8.0 billion (22.8%), indicating a strong rise in both nominal and real terms.

The top 20 exports by value are shown below, along with the change from August 2021.