Below are highlights from the recently released trade data from the US Census Bureau and the US Bureau of Economic Analysis. To view additional data and analysis related to the California economy visit our website at www.centerforjobs.org/ca.

The July data especially when viewed in real terms saw continued erosion in the state’s trade posture. Origin exports while up marginally from a year ago in nominal terms were down in real terms. Destination imports were up sharply in both nominal and real terms. Overall, California’s share of total trade through US ports continued reaching a new low in the current data series, as did the state’s share of total origin exports. 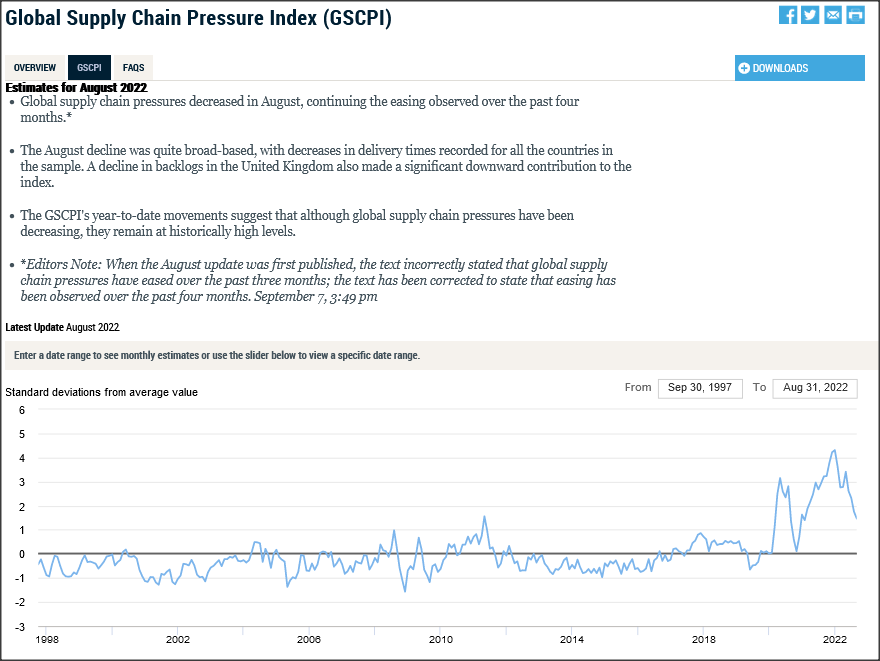 Within California, congestion off the San Pedro Bay ports has begun rising again from its previous lows. The most recent report for September 6 indicates 33 ships (but no container ships) at anchor or loitering. Higher congestion, however, has been mitigated by a shift of shipping traffic to other ports, with backups now increasing at ports such as Savannah, Houston, and New York. Within the state, congestion also continues to move inland, as importers cope with limited warehousing space by turning to parking lots and truck trailers as holding grounds for containers. The shift to truck trailers, however, continues to exacerbate truck shortages precisely at the same time the state’s AB 5 restrictions are attacking independent truckers. Challenges to new warehouse capacity also continue as a source of stress on the state’s goods movement infrastructure, contributing to the current competitive decline shown in the new lows for both trade through the ports and origin exports.

Looming over the entire goods movement structure, however, is the continuing threat of strikes this fall. Contract talks for West Coast port workers have yet to move to resolution, while the ILWU security guard local at the San Pedro Bay ports just authorized a strike, raising the potential of spreading labor problems should other workers honor any resulting picket lines. More broadly, a nationwide rail strike could begin as early as September 16 in the absence of Congressional action. The state’s AB 5 actions against independent truckers raise the prospect of more shortages in this critical mode, while UPS contract talks are scheduled to begin next spring.

Transportation & Warehousing alone provided 774,500 jobs in the latest results for July 2022—plus additional jobs in related industries—and is the only industry to show substantial growth during the pandemic period. In the July data, wage and salary jobs in Transportation & Warehousing were up 16.4% above the pre-pandemic level in February 2020, compared to the second highest recovery level in Construction at only 5.5% and a remaining overall deficit of 0.5% for all Nonfarm Jobs. The subindustry Warehousing & Storage was supporting 252,200 jobs in July compared to 175,200 in February 2020.

Compared to pre-pandemic July 2019, origin goods exports were up $1.8 billion in nominal terms (13.0%). Inflation, as measured by CPI-U, rose 15.7% in this period, indicating that while exports have continued to show recovery, in real terms they remain depressed.

Total California destination goods imports were up $3.7 billion from July 2021 (up 9.4%) as importers triangulated between prior inventory overbuilds, COVID closures in China, and the threat of strikes throughout the domestic goods movement structure prior to the holidays. Compared to pre-pandemic July 2019, imports were up $7.8 billion (21.6%), indicating a strong rise in both nominal and real terms.

The top 20 exports by value are shown below, along with the change from July 2021.