The latest new vehicle sales data from California New Car Dealers Association shows that while Californians’ purchases of new cars and trucks remains above the 2 million mark, total sales have eased slightly from their 2016 peak.  Key findings from the data:

Light Trucks Now Over Half of New Vehicle Sales

PEV Sales Up in Fourth Quarter

Rather than only true ZEVs, the numbers in the Executive Order and previous interpretations by the agencies indicate the goal is to be achieved by both ZEVs (battery electric vehicles (BEV)) that run only on electricity and plug-in hybrids (PHEV) which run on both electricity and motor fuels. Consequently, only a portion of the vehicles being counted to meet the zero emission goal—roughly half based on current sales volumes—will in fact produce zero emissions. Additionally, FCEVs (fuel cell electric vehicles) also would count towards the ZEV total, but to date, just over 300 have been registered in the state.

The original Center updates were based on the then most current Energy Commission estimates for ZEVs registered and actually operating on California’s roads, updated with the CNCDA quarterly sales data. The most recent Energy Commission update, however, has shifted from tracking progress based on registrations to reporting of cumulative PEV sales based on estimates from an outside organization. The numbers, therefore, overestimate the number of applicable vehicles actually operating in the state by not taking into account those that have been moved out of state, traded in, involved in accidents, or otherwise removed from operation on the state’s roads. The tracking graphic below, however, conforms to the Energy Commission’s current approach.

As an indication of the significance of this change, the previous Energy Commission estimate of registrations showed an 8% drop-off from the then-current cumulative sales number, a factor consistent with fleet-turnover rates for vehicles of this type. Applying this factor to the latest sales total, the actual progress rate consistent with the Executive Order language of “vehicles on California’s roads” would be 6.7% rather than the 7.3% shown in the chart below.

Accounting for normal fleet turnover rates and reductions from persons moving out of California, PEV sales would need to be 4.8 times higher to meet the 2030 goal. True ZEV sales would have to be 9.0 times higher. 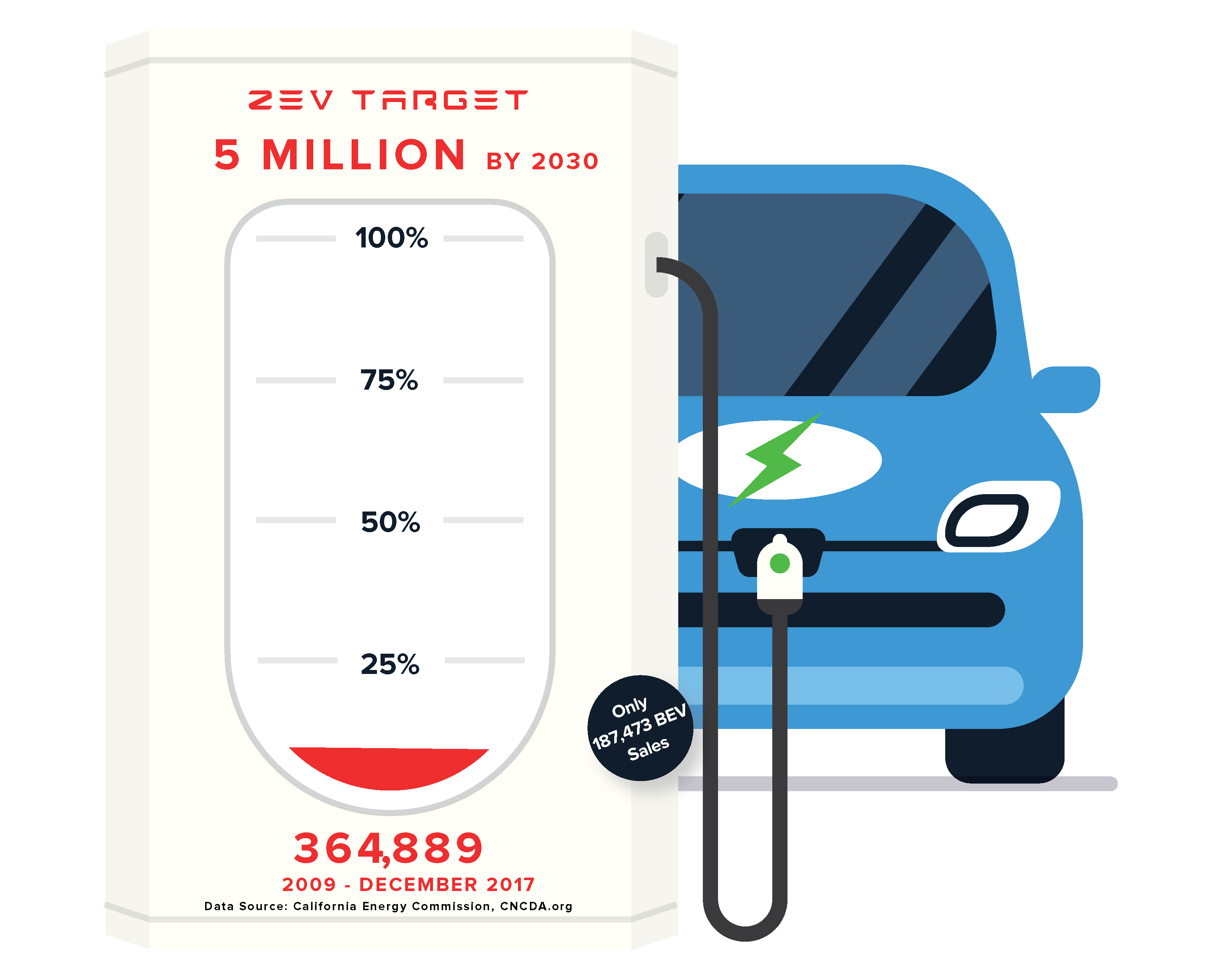