The latest new vehicle sales data from California New Car Dealers Association shows continued but slowing growth in California’s purchases of new cars and trucks.  California consumers are now buying qualifying zero emission vehicles at an annual rate of 71,000, but will need to bump these purchases up to 175,000 a year in order to meet the state’s 2025 goal.  Key findings from the data are below. Additional details on definitions and background are in the Center’s earlier report. 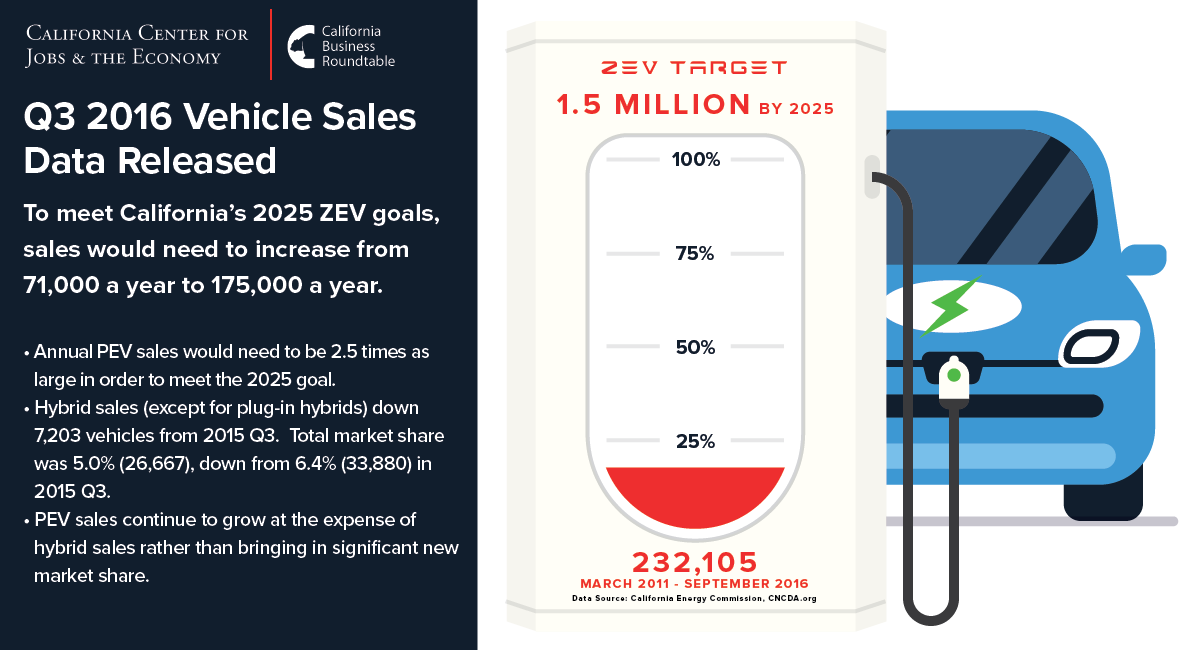