The Center for Jobs and the Economy has released our initial analysis of the February Employment Report from the California Employment Development Department.

The February job and employment numbers saw some improvement in the state’s recovery levels, with employment gains continuing the January performance and nonfarm jobs rising at a higher rate. Nonfarm jobs (seasonally adjusted) are now only 2.0% below the pre-pandemic peak high in February 2020 compared to the rest of the nation at 1.3% below. Employment, however, remains further behind at 3.6% below the prior peak, while the rest of the nation came close to touching this recovery milestone at only 0.3% below. 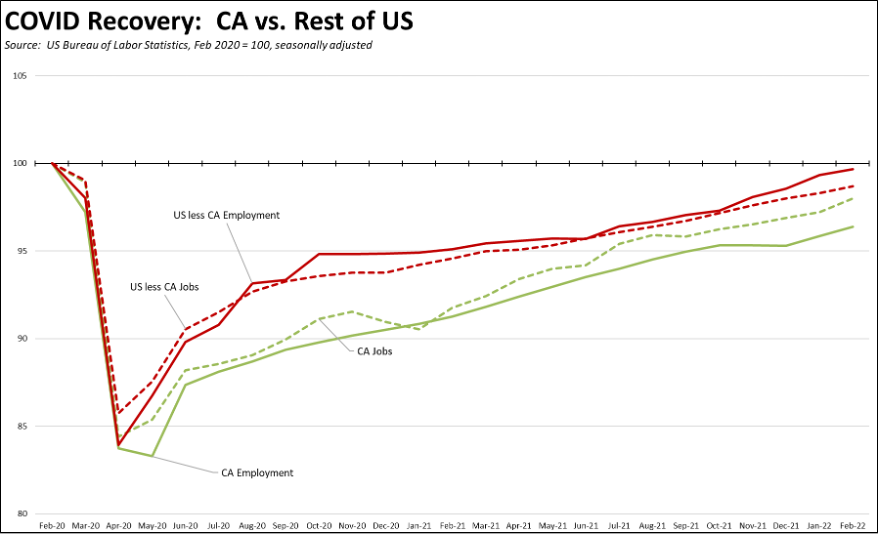 While the past two months have shown some improvement in the overall numbers, California’s position relative to the other states showed little change. Counting only those states with nonfarm job levels still below the prior peak, California accounts for 20% of the remaining gap, while 12 states are now above the pre-pandemic job levels and another, Mississippi, is only 200 jobs below. 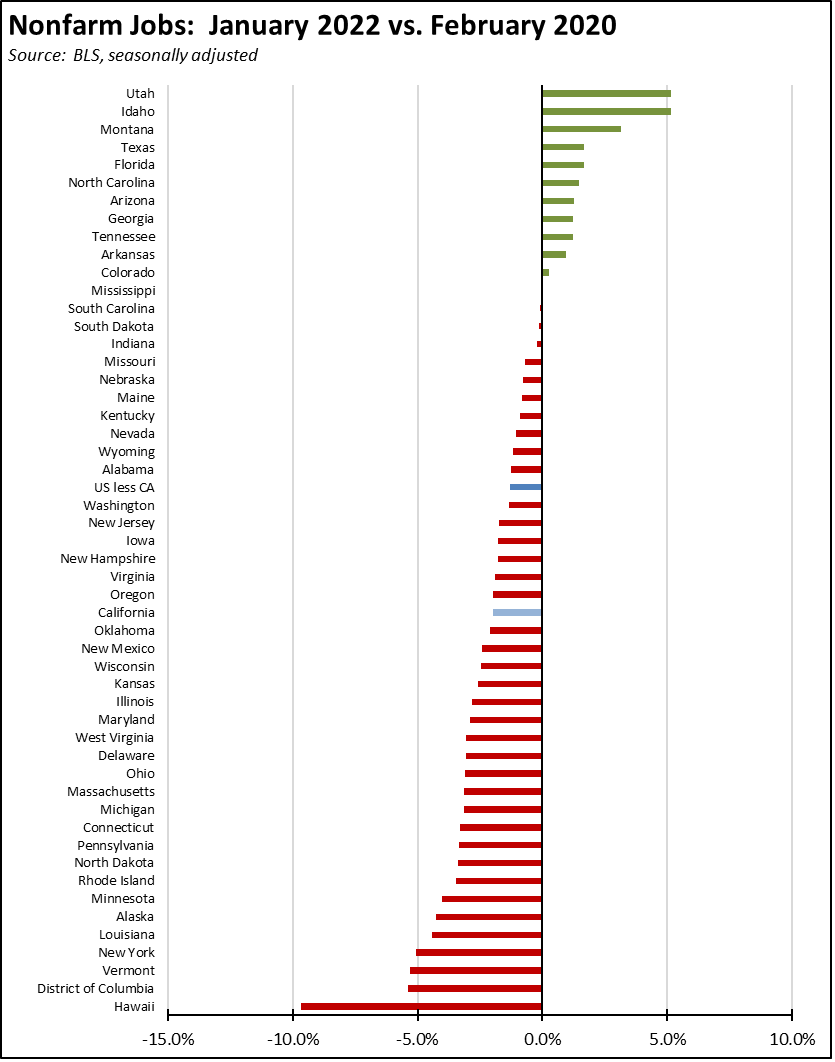 The employment lags remain more significant. California accounts for 22% of the states still showing an employment gap, while 20 states again showed more people working than before the pandemic. The state’s unemployment rate of 5.4%, while improving, remained the 3rd highest in the nation in a tie with Alaska; 22 states had unemployment rates at or below the February 2020 level. 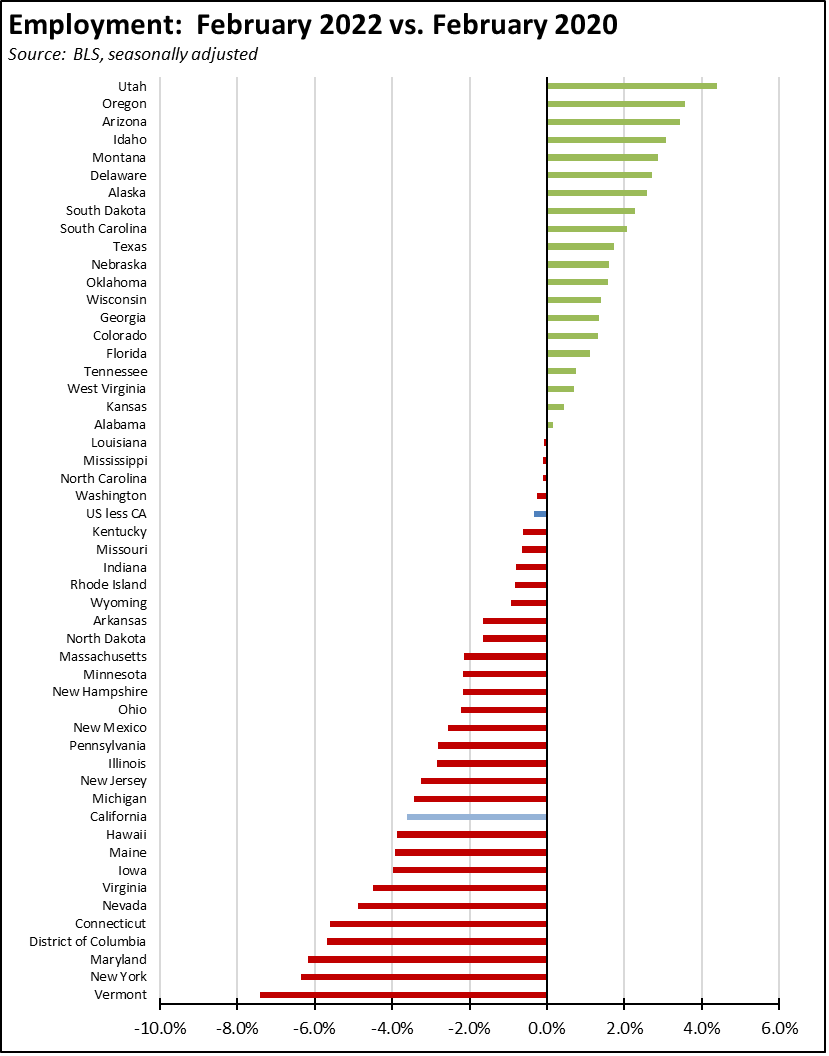 California’s lag in moving people back to work is also reflected in the more current weekly unemployment insurance claims data. The latest report for the week of March 19 shows California initial claims finally back to the pre-pandemic average in 2019 but claims for the other states were 16% below. California continued to account for 22% of all initial claims nationally and 23% of all continuing claims as of the week before, a proxy for the number of workers receiving unemployment benefits. The other states are making greater strides in getting people back to work. California continues to rely on this and other assistance programs rather than making the hard reforms to improve the state’s jobs climate, especially for the middle class wage jobs growing in the states where Californians are now moving. This will likely continue for the upcoming months.

Nonfarm wage and salary jobs rose 138,100 (seasonally adjusted) in February, while the gains in January were revised to 60,300 from the previously reported 53,600.

As of the revised February numbers, California regained 87% of the nonfarm jobs lost to the state shutdowns. The rest of the states combined regained 91% of the jobs lost in the pandemic period. Within California, the seasonally adjusted numbers showed gains in all industries except Professional, Scientific & Technical Services (loss of 800 jobs), with the increases led by Construction (22,100), Accommodation & Food Services (21,500), and Health Care & Social Assistance (19,100).

1.148
Million Job Openings at the end of January

From the new Bureau of Labor Statistics Job Openings & Labor Turnover Survey (JOLTS) estimates by state, the number of unfilled job openings edged down to 1.148 million, the highest of any state.

The number of counties with an unemployment rate at 10% or more dipped to 2. The unadjusted rates ranged from 2.7% in Marin to 14.5% in Imperial.