The Center for Jobs and the Economy has released our initial analysis of the March Employment Report from the California Employment Development Department. For additional information and data about the California economy visit www.centerforjobs.org/ca.

The March job and employment numbers continued to be positive, with employment showing stronger gains and nonfarm jobs backing off to the previous average seen in October through January. Nonfarm jobs (seasonally adjusted) are now only 1.7% below the pre-pandemic peak high in February 2020 compared to the rest of the nation at 1.0% below. Employment, however, remains further behind at 2.9% below the prior peak, while the rest of the nation is now essentially back to the pre-pandemic peak. 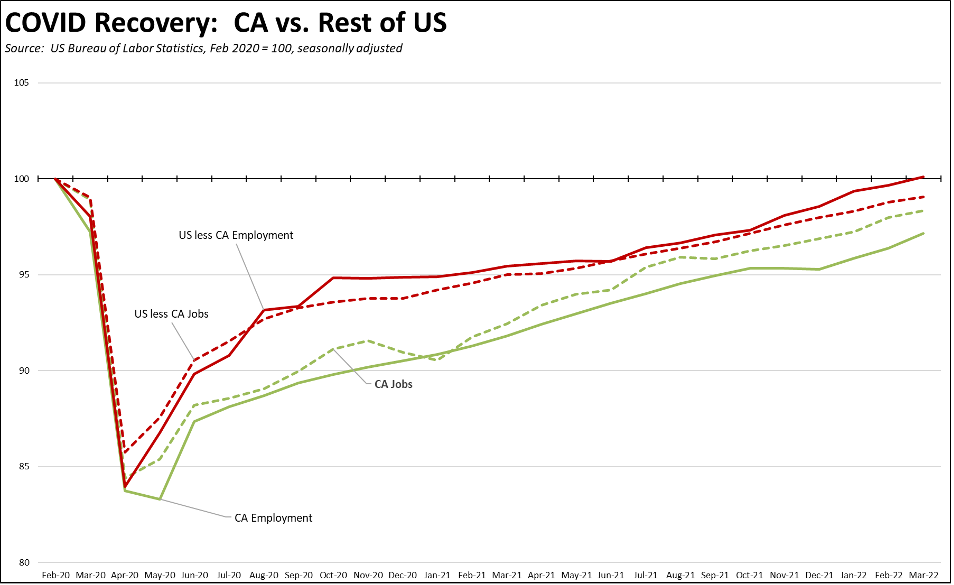 For nonfarm jobs, California’s position relative to the other states improved to the 27th highest ranked by this recovery metric, while 13 states are now above the pre-pandemic job levels. 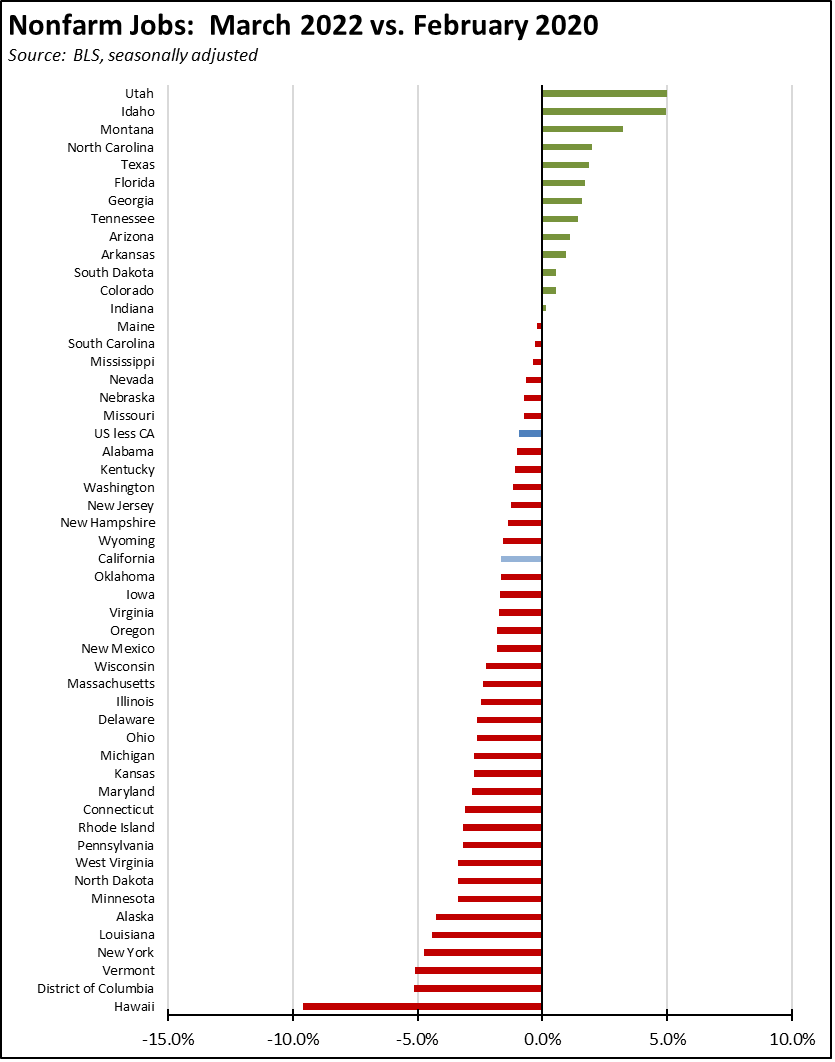 The employment lags remain more significant. California only improved marginally to 41st higher, while 24 states now show more people working than before the pandemic. The state’s unemployment rate while improving tied with Pennsylvania for the 5th highest, while 27 states had unemployment rates at or below the February 2020 level. 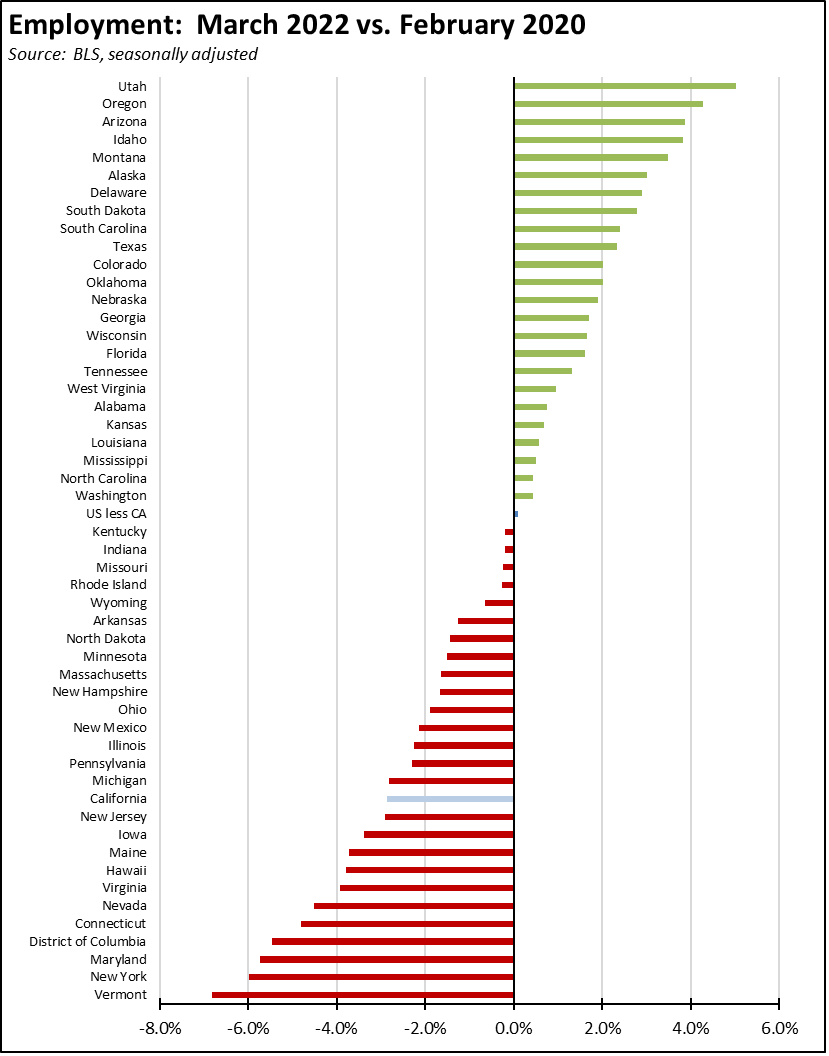 The unemployment insurance claims data also reflects this continuing lag in getting people back to work. For the past 4 weeks ending with the week of April 9, California claims were 22% of the national total, while insured unemployment (a proxy for continuing claims) through the week of April 2 was 24% of the total. The other states are making greater strides in getting people back to work and keeping them in jobs.

California’s job numbers are improving, but still are falling short of an increasing number of states. California is still recovering from jobs closed during the pandemic. Other states are creating jobs beyond the prior pre-pandemic peak.

More critically, this emphasis on job creation in other states is putting a greater share of workers back into work to the point that by some measures, a significant portion of the country is now back at or near full employment. The national policy focus consequently is now concerned more with inflation, which nationally at 8.5% in March was the highest since December 1981, and in California at 7.4% in February was the highest since June 1982. California’s continued policy focus of relying on benefits rather than reforms to accelerate jobs consequently is likely to see new headwinds to full recovery as tools to combat inflation take hold.

Nonfarm wage and salary jobs rose 60,200 (seasonally adjusted) in March, while the gains in January were revised to 135,400 from the previously reported 138,100 (Note: this number was reported incorrectly in our February reports and has been corrected; other analyses in those reports were not affected).

As of the revised March numbers, California regained 89% of the nonfarm jobs lost to the state shutdowns. The rest of the states combined regained 93% of the jobs lost in the pandemic period. Within California, the seasonally adjusted numbers showed gains in all industries, with the increases led by Accommodation & Food Services (11,200), Construction (8,900), and Professional, Scientific & Technical Services (8,700).

The number of counties with an unemployment rate of 10% or more remained at 2. The unadjusted rates ranged from 2.3% in San Mateo to 12.5% in Colusa.