The drop in trade activity was also seen in the continued easing in supply chain congestion. In their latest report, Marine Exchange of Southern California indicates the San Pedro Bay ports have remained free of backups since November 22. The situation has in fact reversed with the ports now reporting open berths. Globally, similar easing has come from declining trade levels. The New York Federal Reserve’s Global Supply Chain Pressure Index remains somewhat elevated due to continued factors in Asia, but is down sharply from its peak in December 2021. 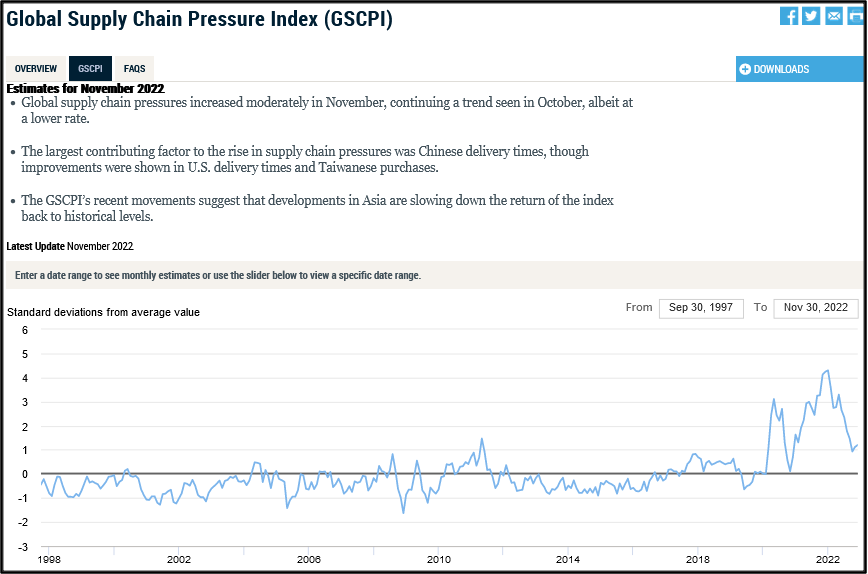 Congestion relief at the state’s ports, however, is also due to what appears to be a shift in trade patterns. California is losing its previous dominant position in part due to continuing concerns over the unresolved West Coast port worker negotiations and in part due to growing costs due to inland supply chain congestion and state regulations. The state’s share of total US trade activity is seeing a basic shift being played out between California and Texas. 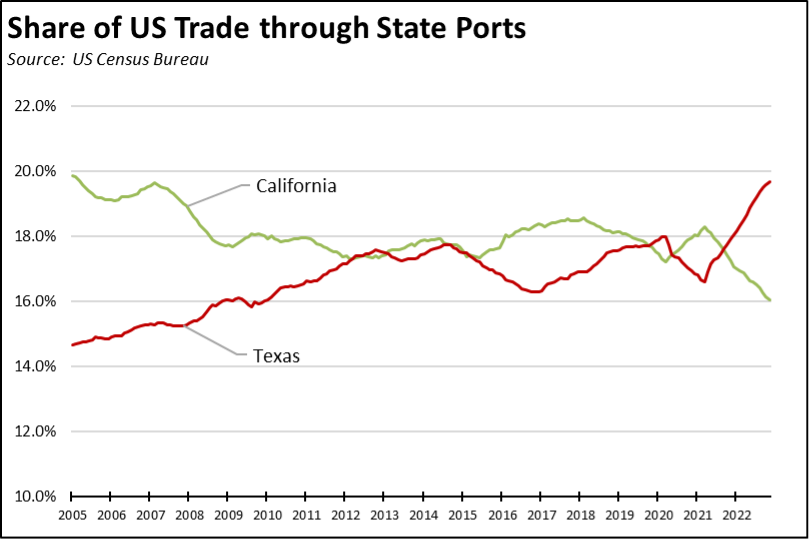 More critically for the state’s professed income and wage equity goals, the gap in export activity has grown substantially wider as manufacturing—including reshoring and foreign direct investment—shifts to the Southeastern states. 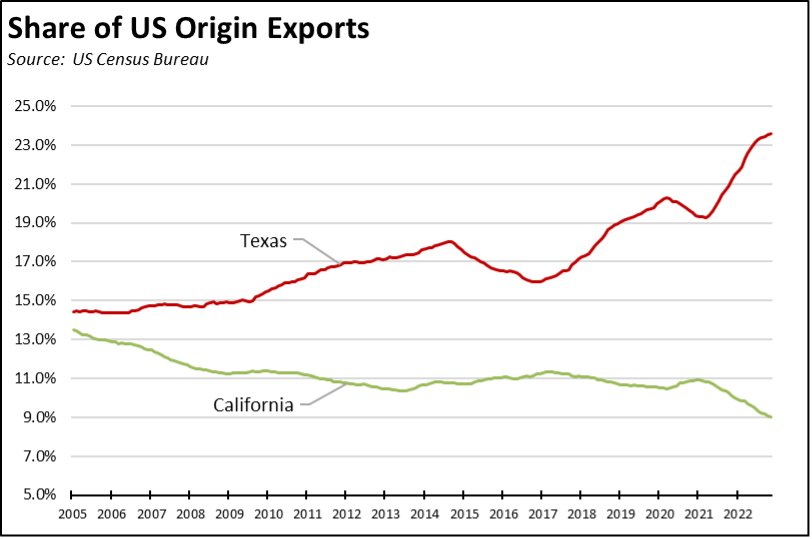 The state’s trade position led in the past primarily by its status as the first-port-of-landing for imports from China also faces continued weakening as companies shift their sourcing strategies to reduce the supply chain risks that became apparent during the pandemic. The current move to diversify supply chain production to other countries also means likely shifts in trade routes. While California ports remain poised to compete in this shift, growing costs from regulation and the supply chain chokepoints that became critical during the pandemic put the growing ports elsewhere in the country in a better competitive stance.

California remained the #2 state, behind Texas with 19.68% (compared to 19.58% in October 2022 and 17.91% in November 2021). Trade through the Atlantic port states was at 29.65% (compared to 29.6% in October 2022 and 30.22% in November 2021). While the state’s relative position in this area continues to erode, trade still forms the base for one of California’s largest centers of middle-class, blue-collar jobs. Transportation & Warehousing alone provided 814,500 wage and salary jobs as of November 2022. Additional trade-related jobs are maintained through this base in various support industries.

Top 20 exports by value are shown below, along with the change from November 2021.