The U.S. economy added 223,000 jobs in June, which together with a drop in the number of Americans in the labor force reduced the official unemployment rate to 5.3%. The solid hiring gains follow a mild deceleration in growth earlier this year, underscored by downward revisions to hiring numbers for April and May.

There’s a lot more, however, to what’s happening in labor markets than these headline figures. Here’s a look at what the latest release from the Labor Department on Thursday tells us about the state of the U.S. economy, in 10 charts.

The slight pullback in hiring during the first quarter from its exceedingly strong pace late last year dropped the 12-month pace of job gains to 2.94 million, a solid number but nevertheless the lowest annual figure since November. 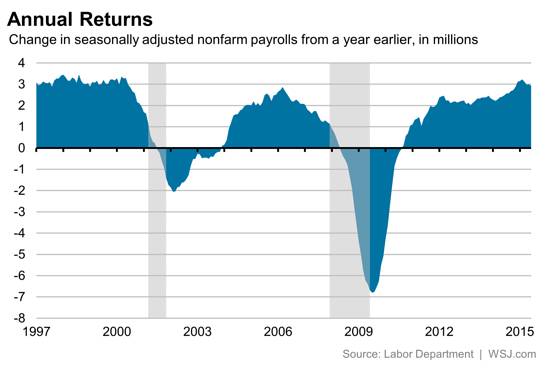